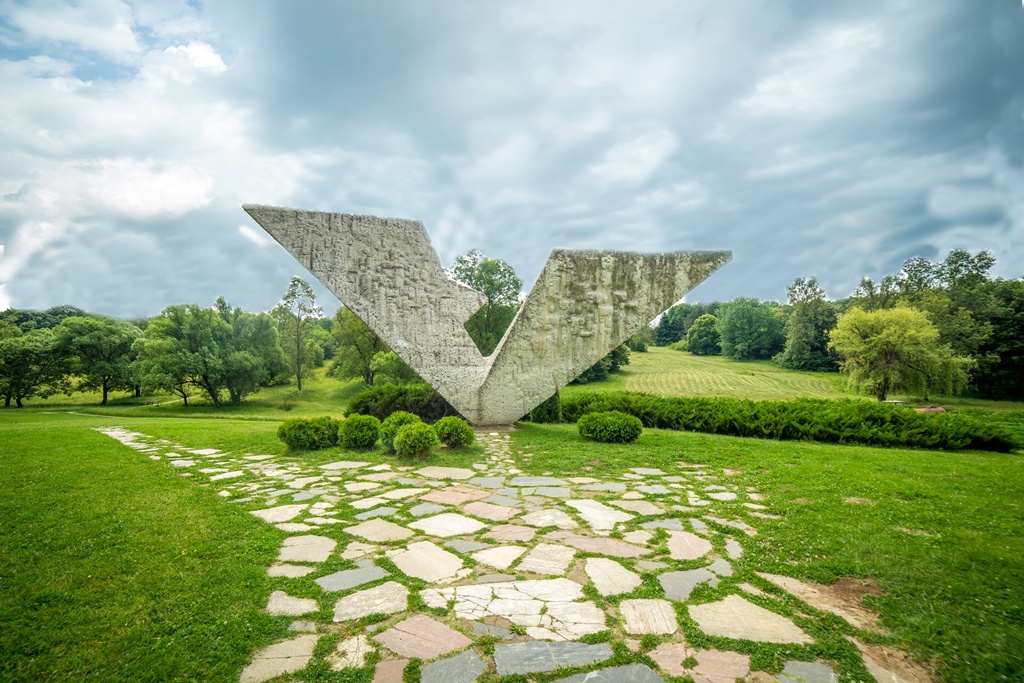 The Memorial park “21st October” is situated in the area in which German soldiers on October 21st 1941, shot a few thousands of citizens of Kragujevac, men, women and children. The cause for the executions in Sumarice were German loses in battles with Serbian units on the road Kragujevac- Gornji Milanovac. In memory of these victims, the whole area of Sumarice was turned into the memorial park, on more than 352 acres. It was founded in 1953. By the monument to shot students and teachers, the manifestation “Veliki skolski cas” is being organized every year.
A seven kilometers long circular road goes through this Memorial complex. The visitors can see locations of more than 30 mass graves and mounds, with 10 monuments:

“Monument of pain and spite”, Ante Grzetic, 1959
“Monument to shot students and teachers”, Miodrag Zivkovic, 1963
“Crystal flower”, Nebojsa Delja, 1968
“Stone sleeper”, Jelica I Gradimir Bosnic, 1969
“Monument to resistance and freedom”, Ante Grzetic, 1966
“A hundred for one”, Nandor Glid, 1980
Memorial of the people of Croatia “Circles”, Vojin Bakic, Silvana and Josip Sajls, 1981
“Against the evil”, Miguel Romo, 1991
“Monument to shot Serbs and Jews”, Milorad Zorbic, 1991
“Monument to friendship”, Anton Stojku, 1994
For interested guests we organize visits to the Memorial park. At the entrance to the park there is an impressive building- Museum “21st October” whose architecture accents the symbolism of the city’s tragedy.
On the territory of the park there are also some monuments dedicated to the fallen victims of the World War One and other wars fought on the territory of Kragujevac