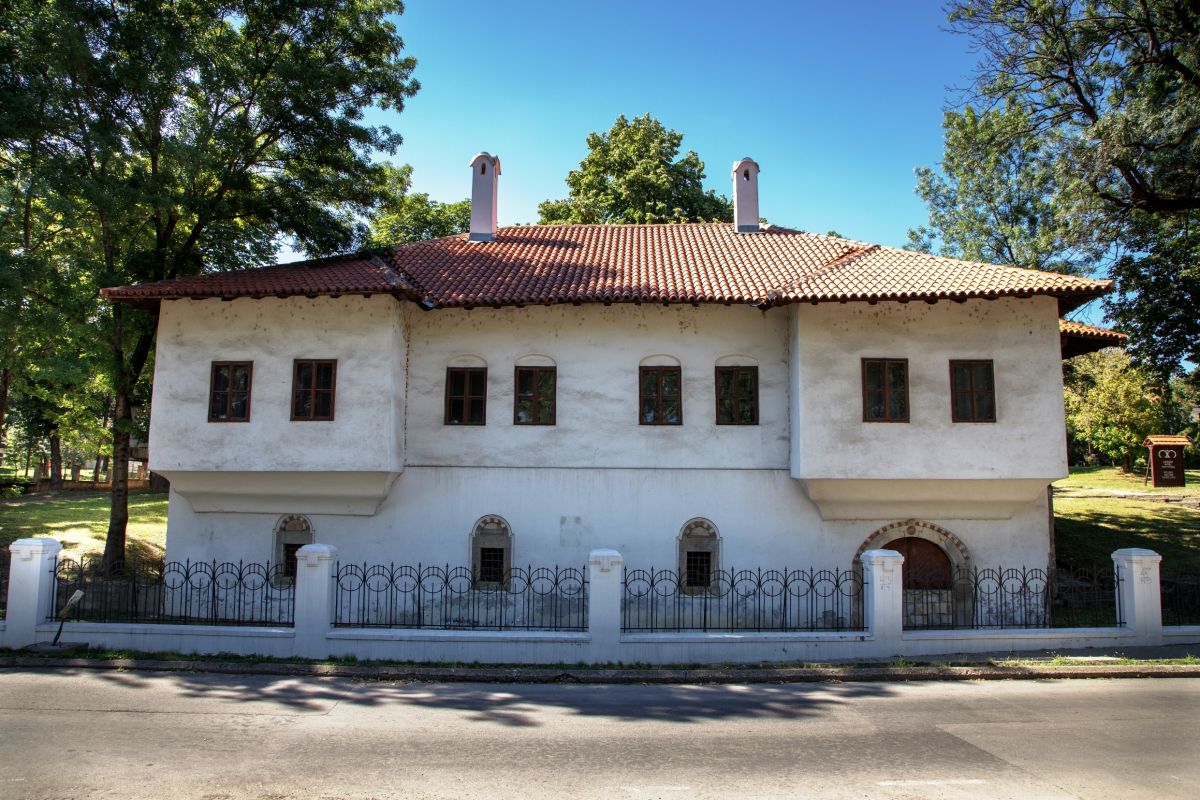 If you want to see where the modern Serbian state was born, you are in the right place! The cultural-historical complex “Milošev venac” encompasses a part of the central city area with the most important buildings built at the time when Kragujevac was the first capital of the modern Serbian state (1818 – 1841), as well as those built in the second half of the XIX and the first half of the XX century. The court complex is not preserved (except the Amidžin konak), but the other sights are located on the left and right shores of Lepenica river and connected by an old reinforced concrete bridge of great importance for contemporary Serbian history.

Within the complex there is the National Museum, whose beginnings are related to Prince Miloš and the first half of the 19th century. Some of the buildings of this spatial-ambient environment are part of the museum, and the rest are the headquarters of educational and cultural institutions (such as the First grammar school of Kragujevac  and the Knjazevsko-Serbian Theater), economic activities (such as the weapons factory owned by the Stara Livnica or Tržnica Museum) or part of Šumadijan Eparchy of – the Old church.

Free digital guide through the National Museum and Milošev venac, in Serbian and English, is available for download for your smartphone at the following link: https://www.culturalplaces.com/app/

The Old (court’s) church was erected in 1818 and is dedicated to the Descent of the Holy Spirit onto the Apostles. Almost all the important decisions for the Serbian people were proclaimed in the church port (edicts, constitutions). Here, the Sretenje Assembly was held in 1835, when the First Serbian Constitution was passed. All assembly sessions until 1859 were held in the port of the church. In the year 2018, the church received frescos on the 200-year anniversary of its existence. 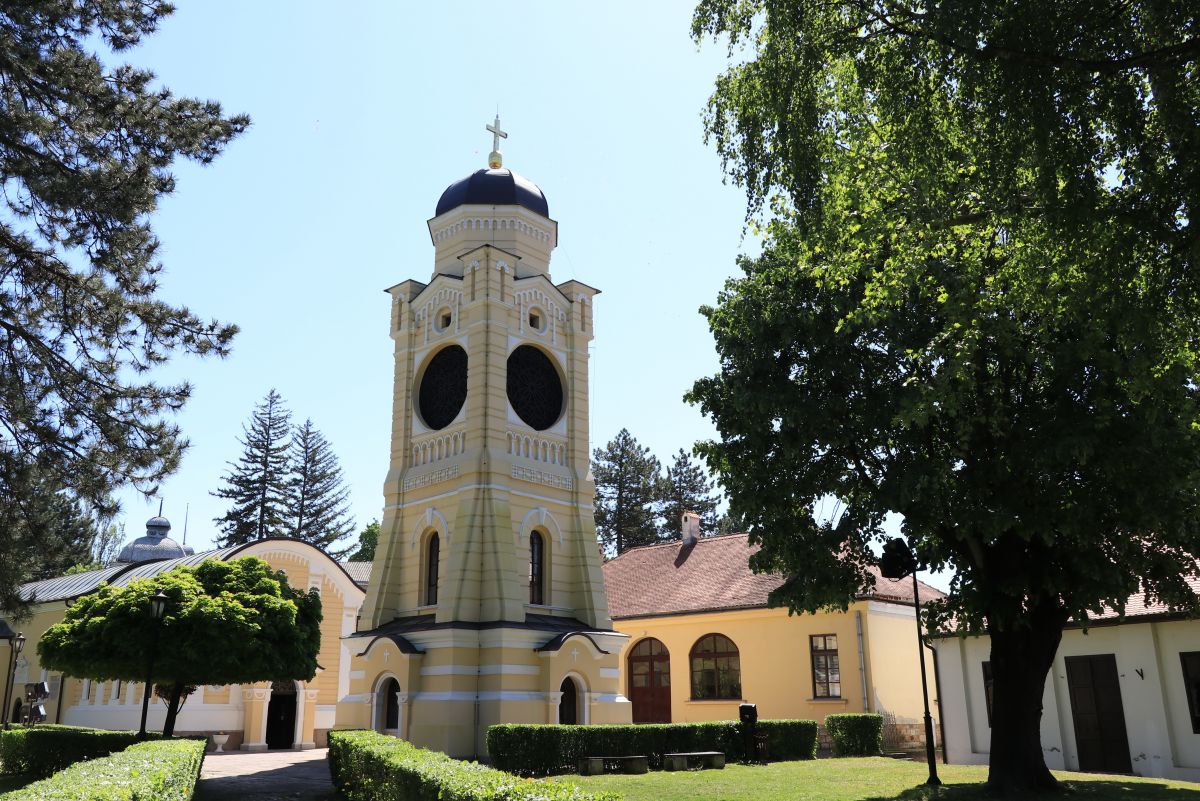 The Old Assembly building in the Old Church Port was built in 1859.The whole building is dominated by a spacious hall with columns that was used for parliamentary sessions. In that hall very important state decisions were taken during the nineteenth century. The provisions of the Berlin Congress were read in the building of the Old Assembly in 1878, which brought Serbia and Montenegro independence. Since 2014, there is a permanent exhibition “National Assembly in Kragujevac in the XIX century”. 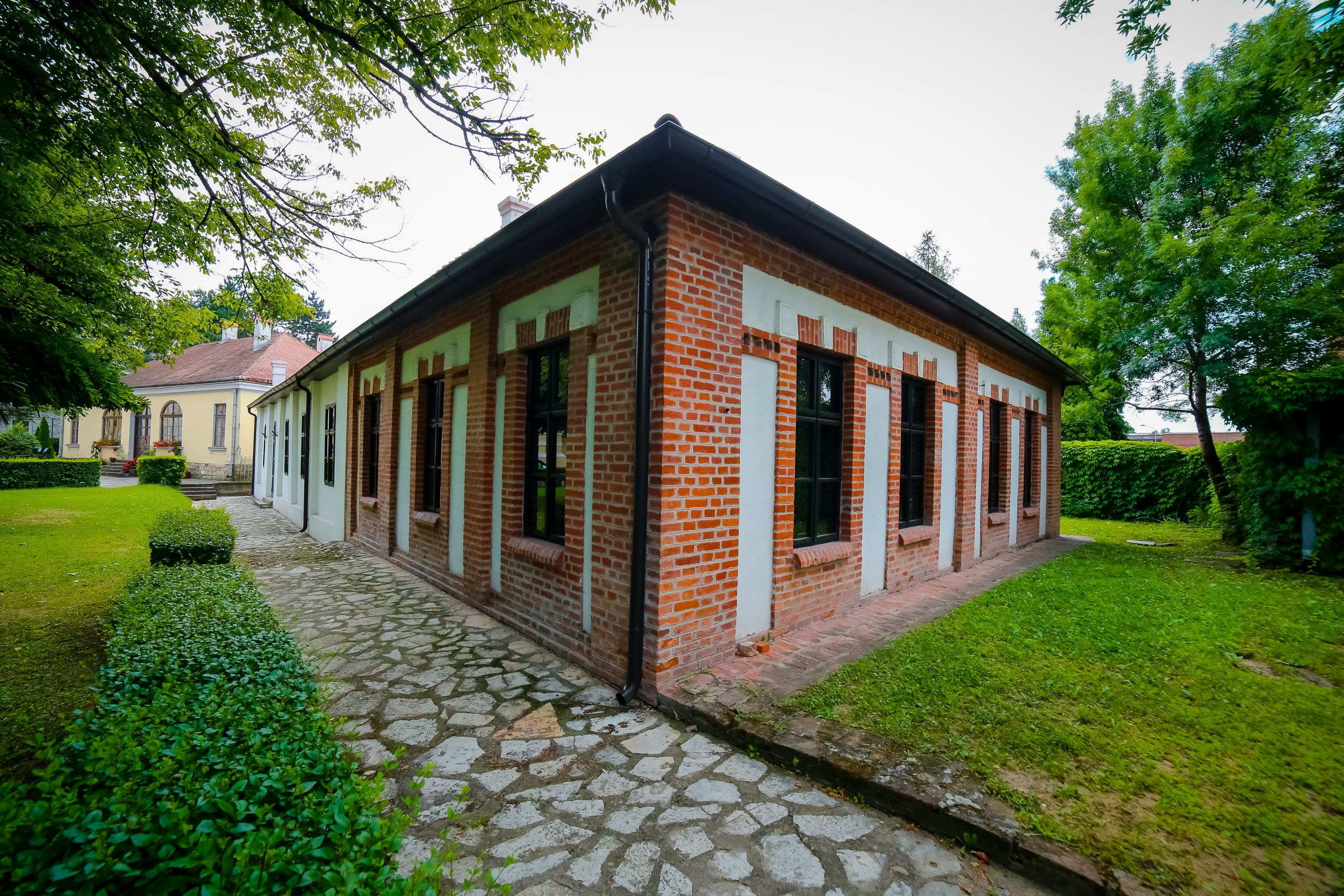 The Old Foundry building is one of the oldest industrial facilities in this area. It was built in 1882 on the foundations of the former Gun-foundry. Today the Old Foundry museum is located in it with a permanent exhibition that follows the history of the Kragujevac Military Factory, from its foundation in 1853 to 1973, as well as the exhibition of modern weapons. 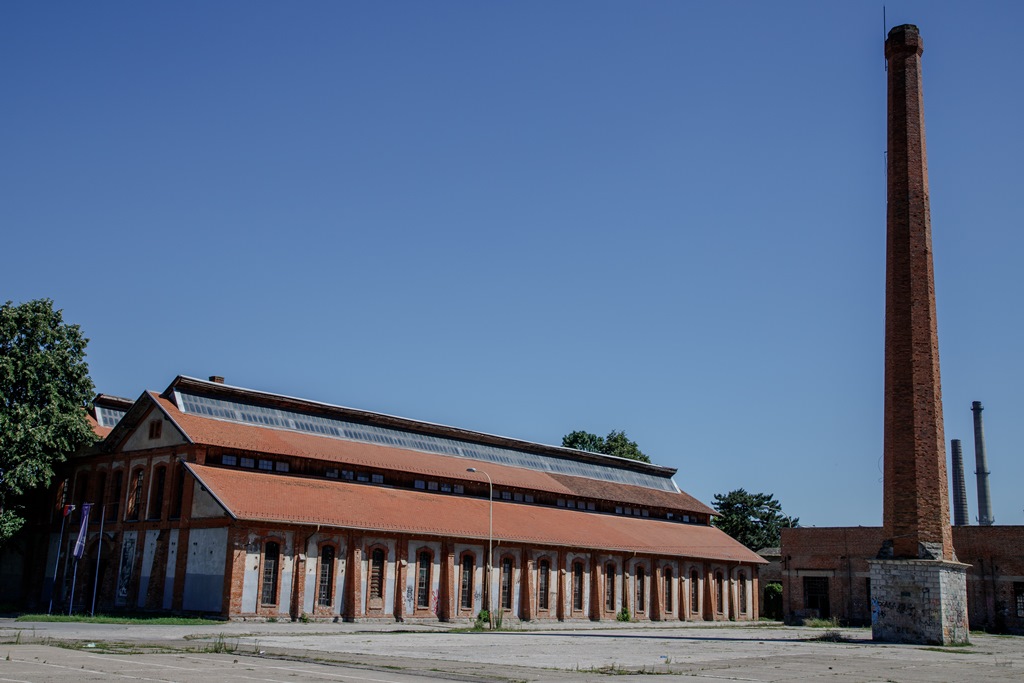 Monument to the Fallen soldiers of Šumadija

On the left side of Lepenica, in the Mali Park there is a Monument to the fallen soldiers of Šumadija.  This monument was erected in 1932 and it is a work of the famous sculptor Anthon Augustinčić. It is dedicated to the soldiers fallen in wars of liberation from 1804 to 1918. 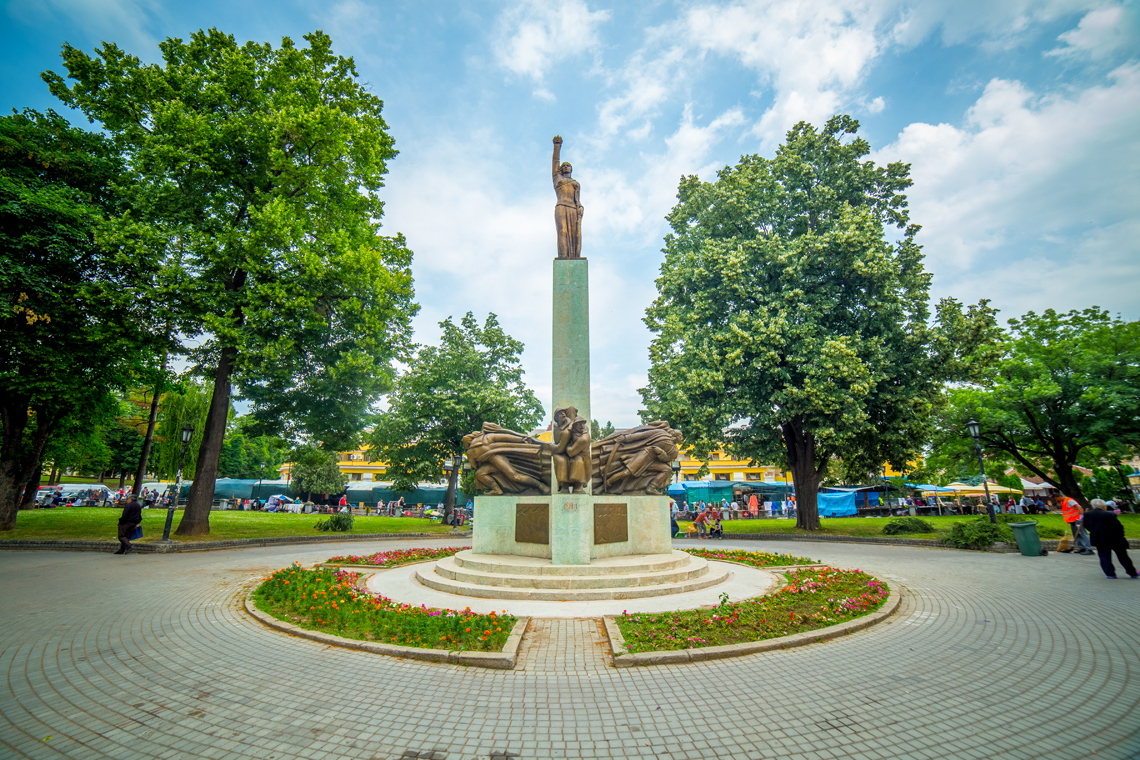 The city market building was built in 1828/29 year as the most beautiful drink hall in Serbia, and one of the first covered in the then-Europe. The building has not changed its purpose to date. 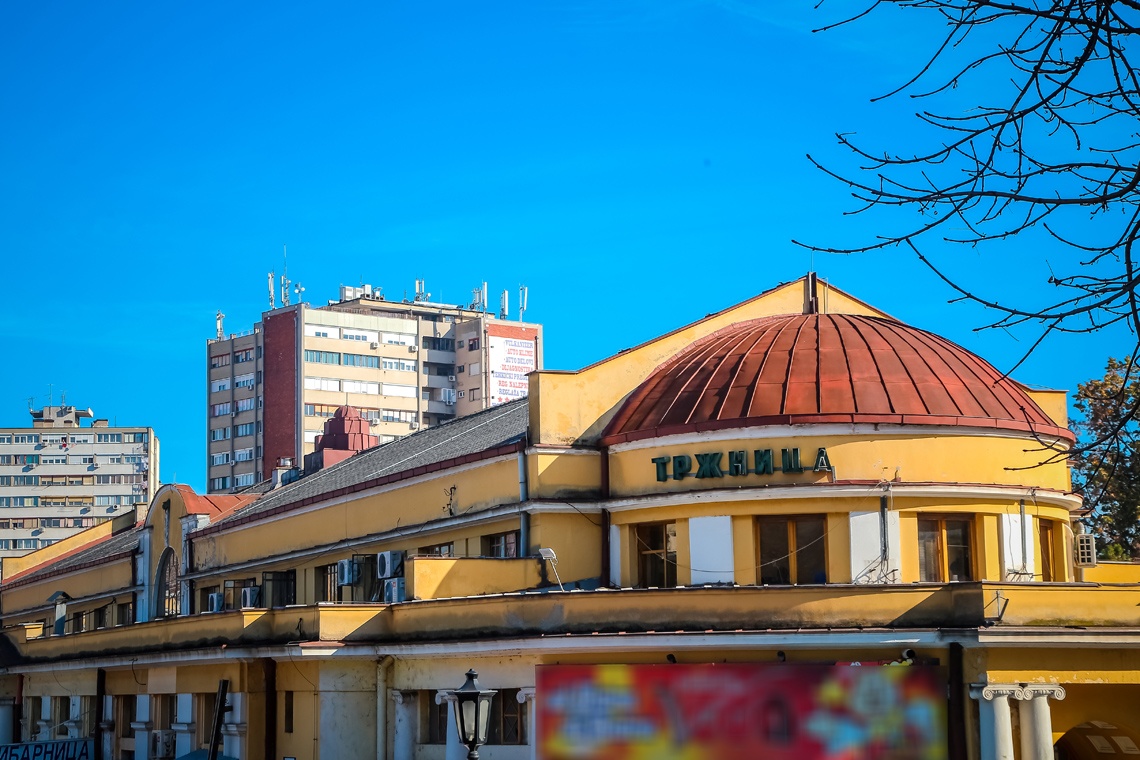 Amidža’s konak is the only preserved building from the complex of Milosevski dvor, built in 1818 in the Balkan-Oriental style. It was named after the prince’s court administrator, Sima Milosavljević- Paštrmac, called Amidža (uncle). Konak has served to accommodate the members of the prince’s guard, as well as for accepting princes from other districts and other prominent visitors during their arrival at the prince in Kragujevac. Today it is part of the National Museum. 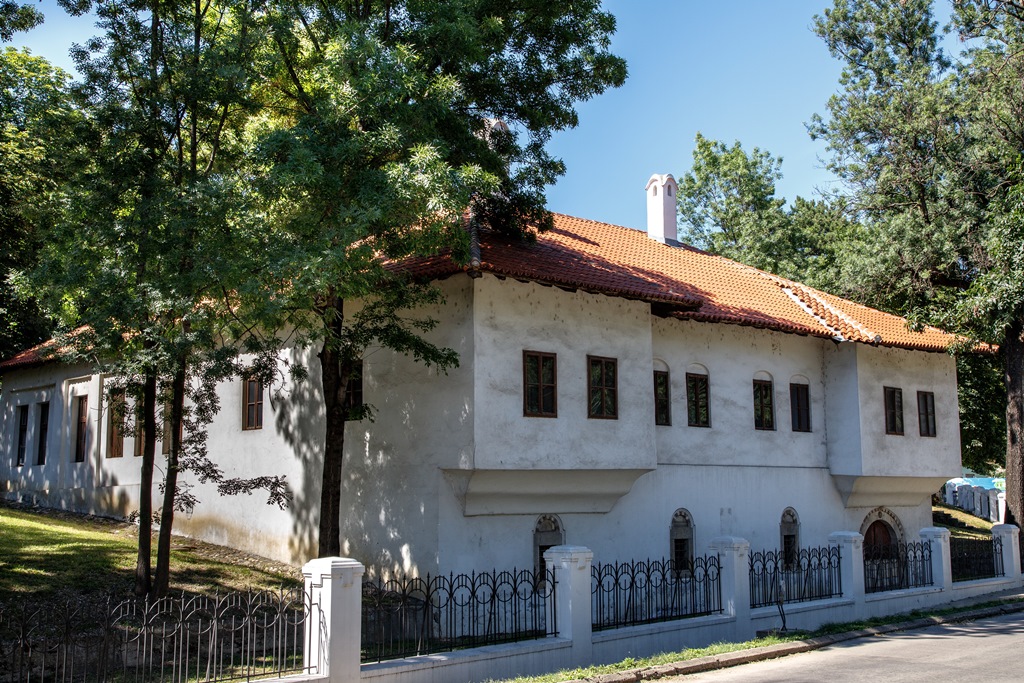 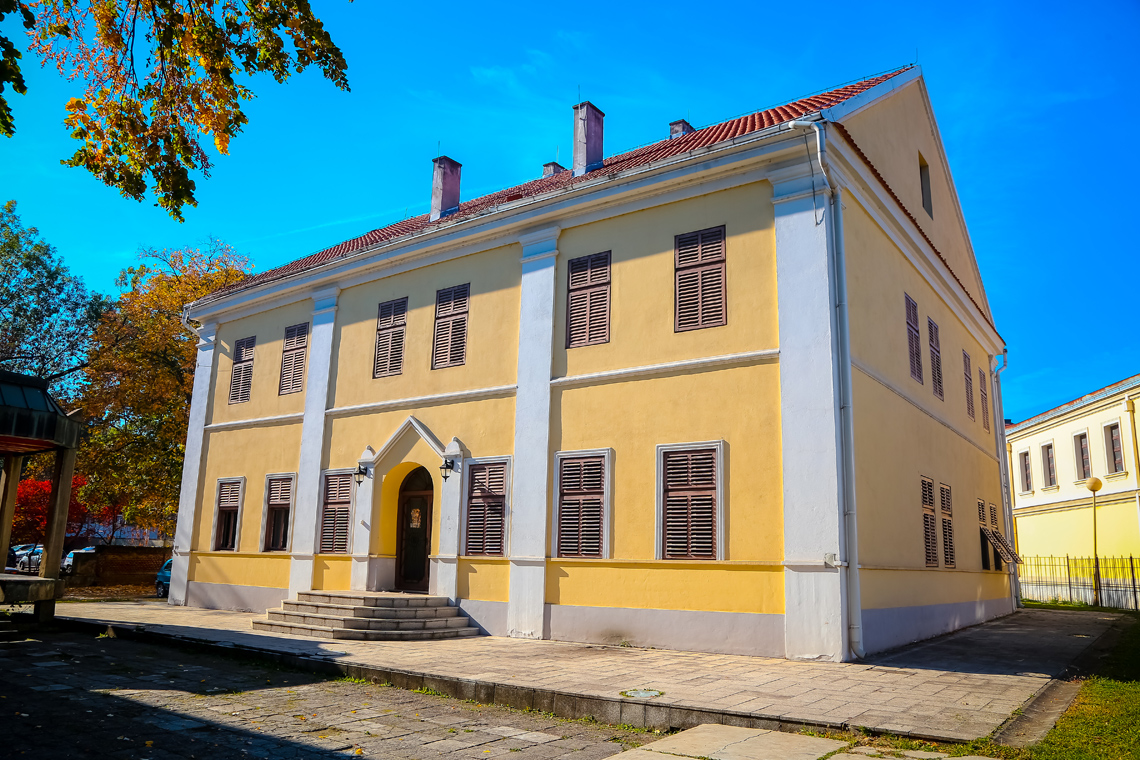 The Grammar school building is one of the most monumental school buildings erected in Serbia in the XIX century. It was built in 1887 when the first Grammar school in Serbia, founded in 1833, got its own building. From its classrooms, in 21 October 1941, the German soldiers took out large number of students and professors to the shooting. One of the classrooms was converted into a Memorial classroom, dedicated to this tragic event. In front of the building there is a monument to Vuk Karadzic. 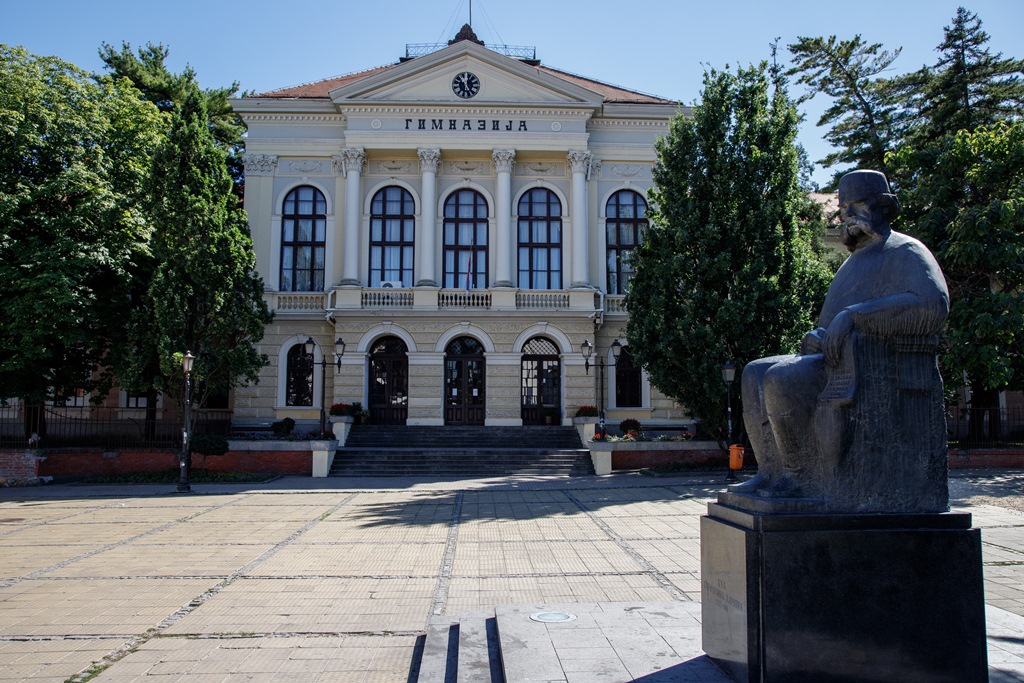 The Theatre building was built in 1928, for the purposes of the first theater in Serbia. At the invitation of Prince Milos, in the fall of 1834, Joakim Vujic came to Kragujevac, who founded the Knjažesko Serbski Teatar. 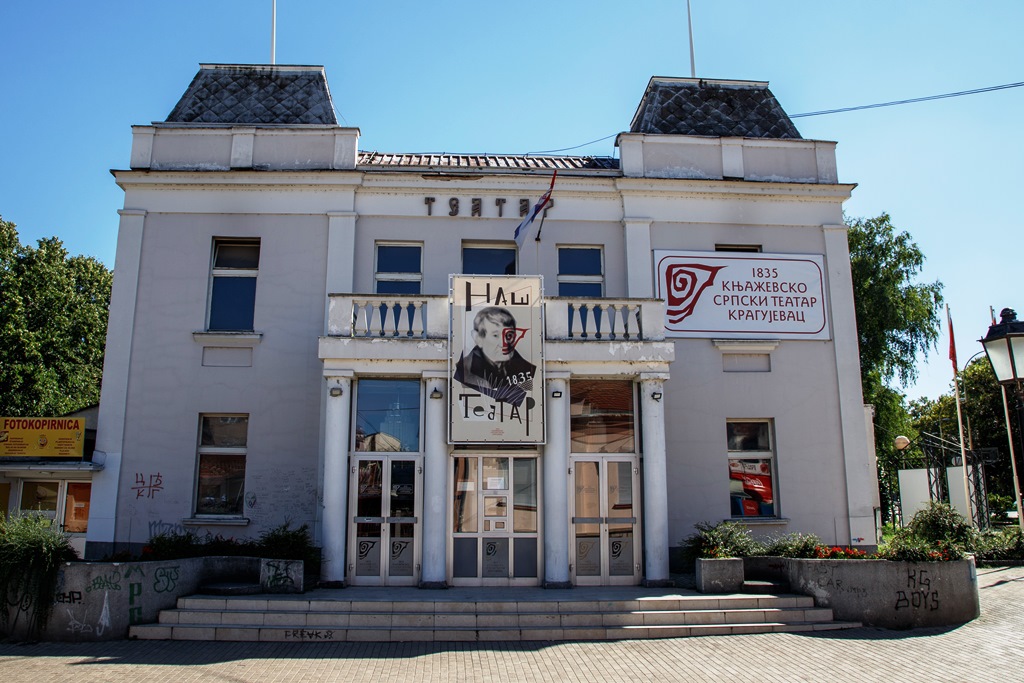