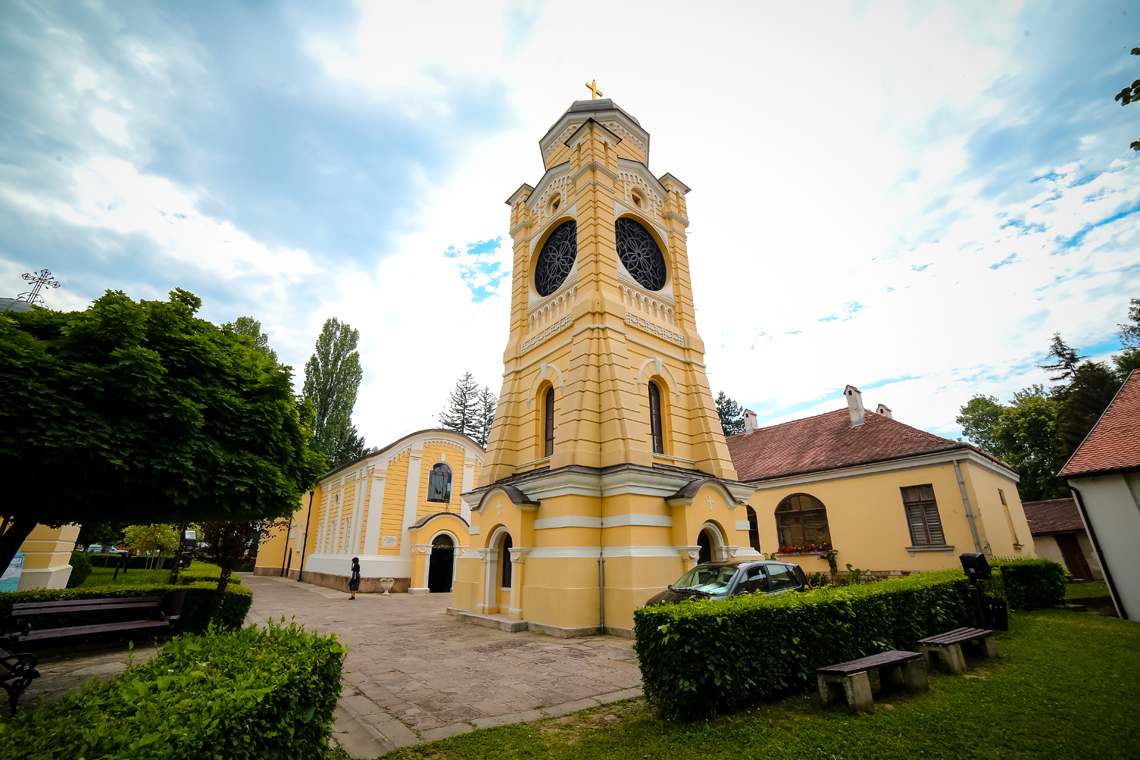 Milos Obrenovic, its founder, didn’t spare the material resources. He hired the best builders. The church base is rectangular with semicircular choir spaces and altar apse. It is dedicated to the Descent of the Holy Spirit onto the disciples. The endowment of Milos Obrenovic was reconstructed a couple of times. In the year 1829. the church bells rang for the first time. The old church is the first metropolitan, cathedral and court church in the free Serbia. Almost all important decisions for Serbian people, constitutions and edicts, were proclaimed in its port. The Sretenje assembly was held there in 1835, and that’s when the First Serbian Constitution was passed. All of the parliamentary sessions till 1859, were held in the church’s port, and from that year in the New Town Hall building. 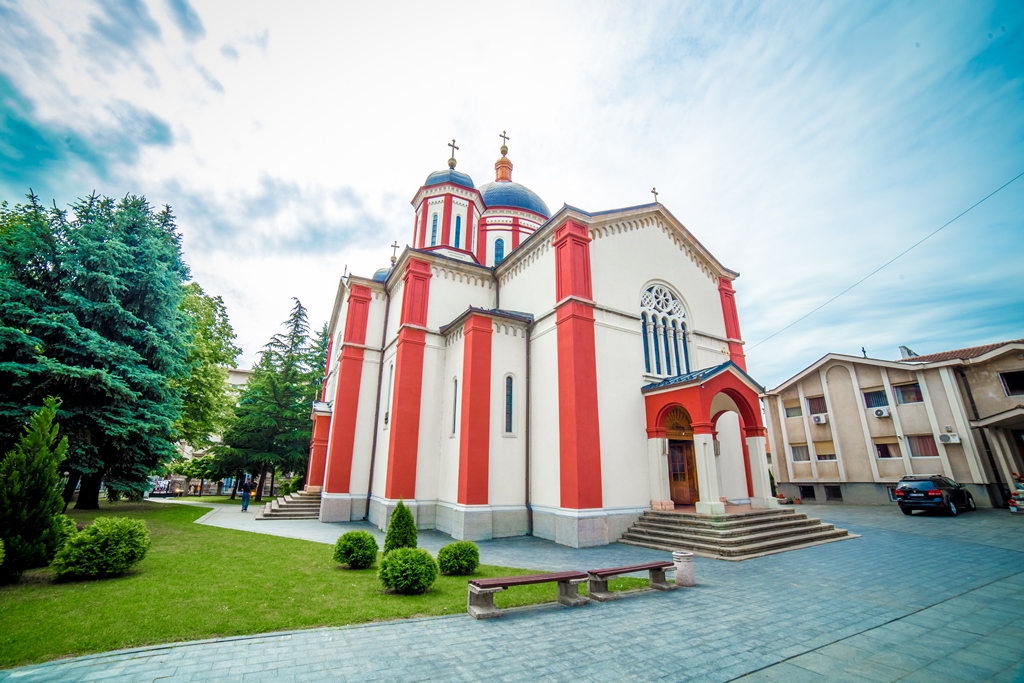 The Cathedral Church is located in the center of the city and it is dedicated to Assumption of the Holy Mother of God. It is one of the most beautiful religious buildings from the second half of the 19th century. Its construction was a great architectural turn because it was built in the Byzantine style. Catholic style of church building in Serbia was changed thanks to Andreja Andrejevic, architect from Kragujevac who was educated in Moscow. He brought from Russia the elements of so called Russian- Byzantine style which suppressed the influence of Baroque, secession and eclectic.
This impressive building was being created for 15 years, from 1869 to 1884. The cross shaped base doesn’t emphasize the altar apse. At the intersection of the cross’s arms is a large central dome which depicts Jesus Pantocrator. In the corners there are four smaller domes. The church was built of stone and brick and it has a two-tone painted facade. It is decorated around entrance portals, windows and roof dome crowns, also in Russian- Byzantine style. The interior is painted, and on the iconostasis are gold plated icons in rich engraving. Marble floor contributes to the general impression of luxury and elegance. In the courtyard is a large Romanesque bell tower, the Bishop’s Palace and the modern church shelter. 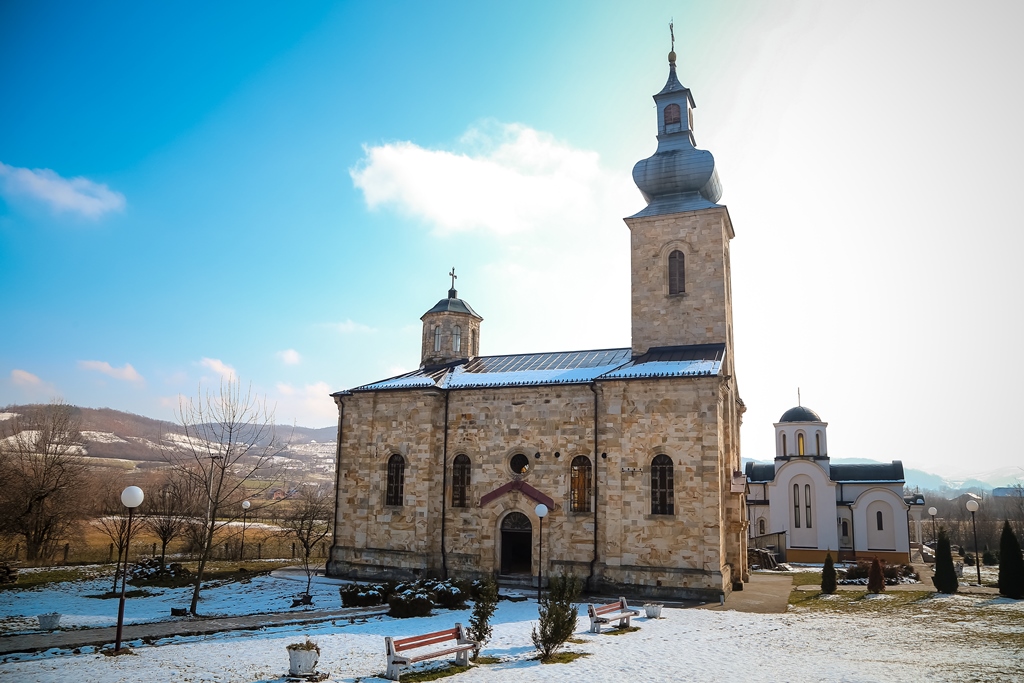 The church of St. Peter and Paul

The church of St. Peter and Paul was built around 1836. In that period, the independent Serbia established stronger contacts with the West, so the architectural work showed elements of European baroque with elements of classicism. Still, the front part kept the typical Serbian decoration, the blind arcades. This building, very impressive for its time, has a very beautiful facade made of cut stone and a baroque bell tower about 15 meters high. In that period it represented the inclusion of Kragujevac in the European mainstream and styles of building. 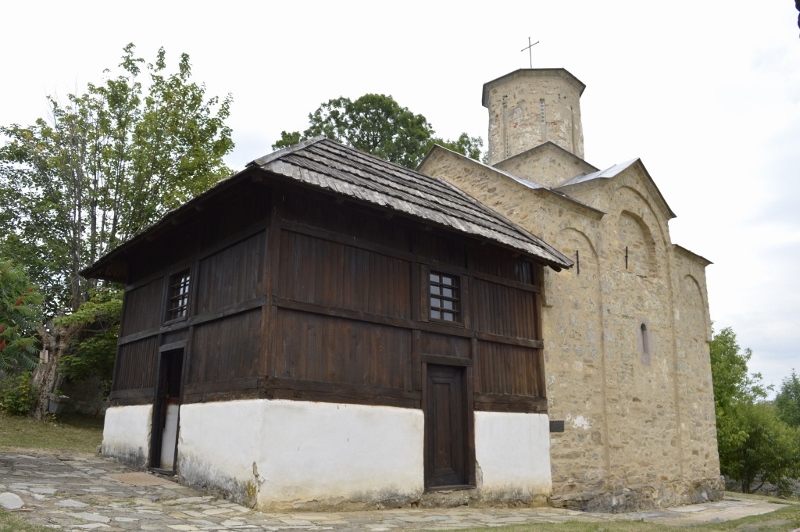 It is located on the south tips of mountain Rudnik and it is related to the art of the second half of the 14th century, and therefore represents the oldest church in this part of Sumadija. It was built during the time of King Dusan, and renewed in the time of Despot Stefan. Around the church there’s a big medieval necropolis. Sima Milosavljevic Pastrmac was buried in the church yard. 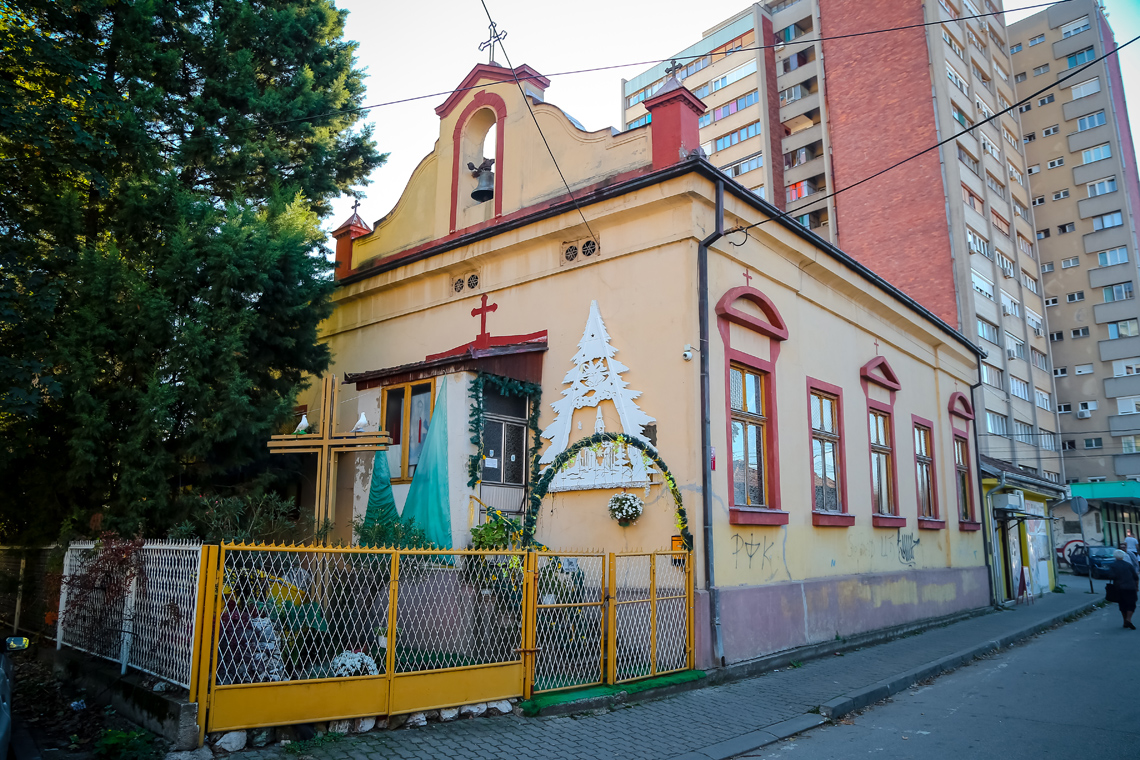 The catholic religious community doesn’t have a separate building for its masses. They perform masses in home of pastor, in one room specifically designated for that, at Knjeginje Ljubice No 1. 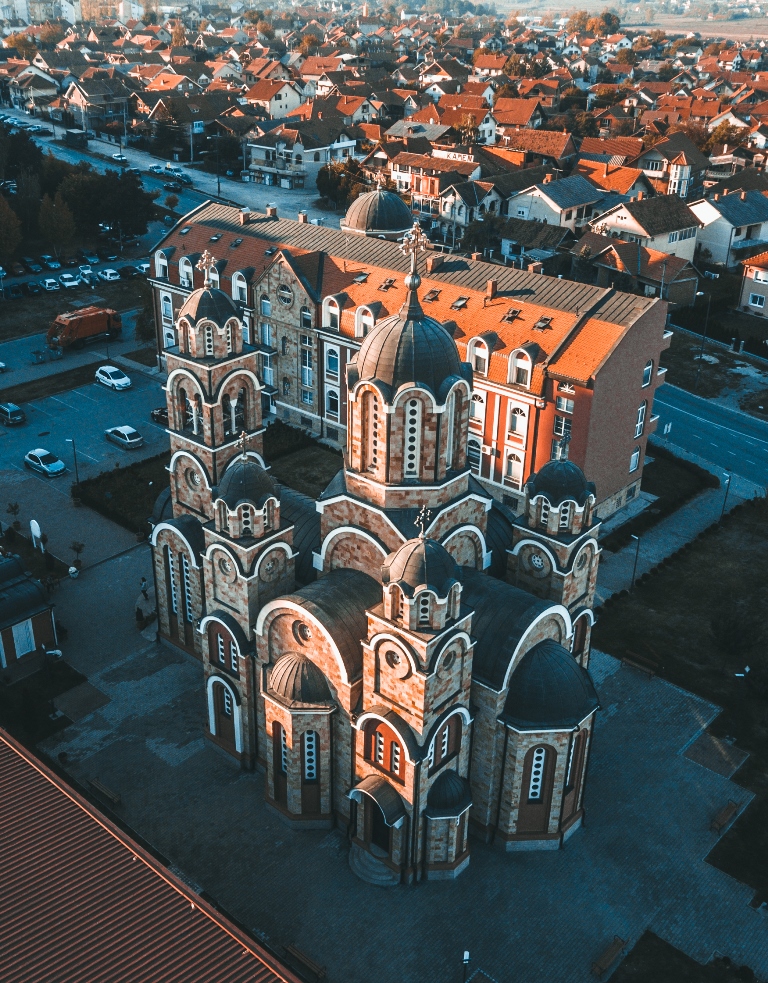 The church of Saint Sava

This temple is a memorial- church in the part of the city called Aerodrom, and it’s dedicated to the citizens of Kragujevac shot in 1941. It was built by the project of Radoslav Prokic, an architect from Kragujevac. In its base there’s a developed enrolled cross, above which rises the central octagonal dome, which depicts Jesus Pantocrator (almighty), and four smaller domes in the corners. Byzantine massive, aims in height, and the bell tower built on four levels only contributes to that. On the exterior it is decorated with simple plastic rosettes, and the precious stone is separated from the red one-piece windows in Zica style with “blind” arcades, oddly resolved with circular apertures.
It is recorded that on September 8th, in this church, the icon of Lord Jesus Christ on the crucifixion, had cried, and that by the decision of the Bishop of Sumadija Jovan, every evening a special festive service had been performed until September 27th (Day of the Holy Cross).